How I Survived Summer School 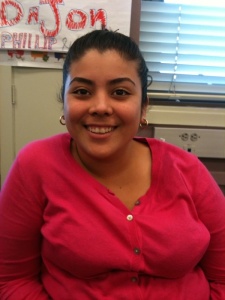 You always go to summer school with a heavy heart (thinking “why am I wasting my time?”) and some guilt. In my case, I had failed US History in junior year at what is now McClymonds in West Oakland. So I had to take the class over again, during the summer, during five weeks at another high school, Oakland Tech.

I prepared myself for boredom (the class) and confusion (I got lost in the hallways many times).

I dreaded the two hours of class time, five days a week, for five long weeks, but I was wrong: the class, packed with over 35 students, turned out to be interesting; the teacher, David Orphal of Skyline, funny and well prepared, and I learned more about the annexation of Hawaii than I ever imagined.

We were a diverse group, with Asian, Latino and African American students, and we even debated as we compared the constitutions of foreign countries. Hundreds of students in Oakland  have to attend summer school, at a cost of more than $1 million to the district.

What I learned most was how to avoid trouble.

There was plenty of trouble at Oakland Tech last summer, as the members of the gangs, the Nortenos and the Border Brothers, fought in the hallways for control of the school.

As a Latina at McClymonds, which is 99 percent African-American, I can easily ignore gang fights at my school.

Here it was harder. Outside the classroom, two tall, strong Latina girls were throwing punches like Muhammed Ali’s daughters, one of them wearing brass knuckles. She managed to punch a hole in the other girl’s face before the fight was broken up.  At my school, girls just yell. Sometimes, they’ll slap each other.

In the end, summer school was worth it, as I was able to learn something and get an A in US History. Because of the gang skirmishes, I was relieved to be back at Mack this year.