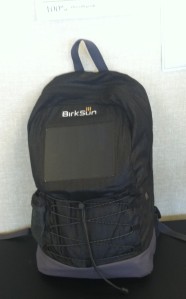 McClymonds has a new class — engineering.  That means new toys, new tools, and new equipment that students can play with in their newly renovated $60,000 classroom, according to Lynn Baliff, educational consultant.

The new improvements start with the backpacks that were distributed to the Principles of Engineering class. The backpack doubles as a solar-powered cell-phone charger.  Its solar panel is sewn into the front of the backpack, and when placed under sunlight, absorbs the energy and transfers that to its solar-charged battery.  A USB cord plugs into the charged battery while the other side plugs into the phone; then it charges.

Other equipment includes a “master computer” that allows the teacher to monitor all the computer activity in the classroom. 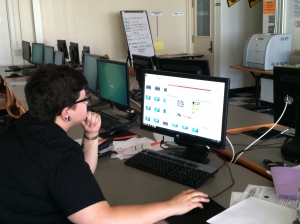 The engineering class also has a 3D printers that turns  models that are made on the computer to become a physical form. The 3D printer creates the model onto the platform by melting plastic filaments into a shape, and keeps tracing the model until it is no longer amorphous. 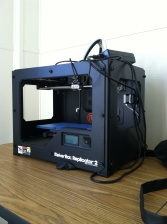 “Next year,” she added, “there will be a third course for seniors.”

The engineering course counts as an elective and has a curriculum that encourages students to use their creativity and think more critically in using their mathematical abilities to solve equations.

There are 20 students total enrolled in the Intro to Engineering class and 15 in the Principles of Engineering class.  Students like Kelton Runnels, a junior, enjoy the new STEM curriculum. ” I believe this engineering class is now opening a lot more doors for us than sports,” says Runnels.

As he sees it, McClymonds is turning over a new leaf.